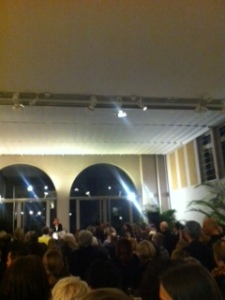 “The rising cities of the Gulf region and arenas of conflict in the Middle East are captivating subjects of media coverage. Both in terms of their content and through their manipulative aesthetic, the often extreme images from these areas shape our western view of the region. Twelve artists counter this flood of images with more diverse artistic practices that reflect on social conditions. Some of these artists ‒ Ahmed Mater, Hazem Harb, and Nasser Al Salem ‒ are for the first time introduced to the German and Munich public…..   The exhibition title refers to the concept of “grounding” in communication theory, which posits that communication partners share common knowledge, which allows for dialog to be successful.” (Villa Stuck Press release)