Three operas in one act each: Composer: Giacomo Puccini ; Libretti by Giuseppe Adami and Giovacchino Forzano  (In Italian with German and English surtitles) 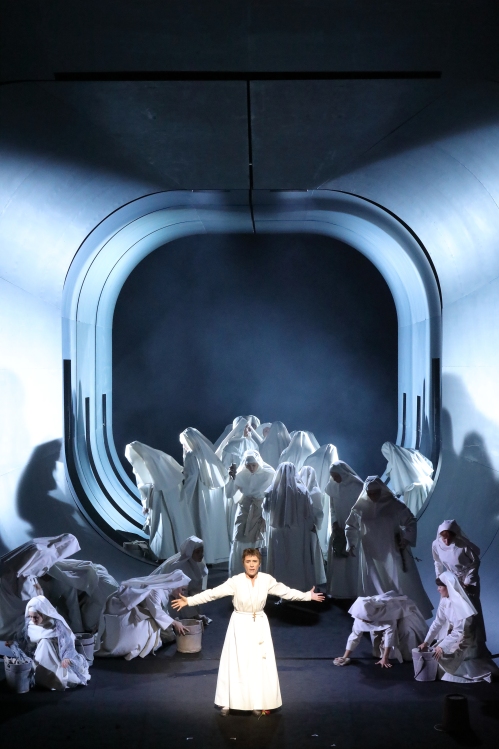 Last December, few days before Christmas, I had a lovely invitation for “Il Triticco, one of the most underrated opera by Giacomo Puccini, for the Bayerische Staatsoper_Munich,   one of the most triumphant opera houses of our contemporary time.

Three radically different sets being demanded for this 3-act opera and a balanced ‘marriage’ of Ms Lotte de Beer ( production /stage design), the music direction by Kirill Petrenko and the performers, principally Ermonela Jaho on the role of Suor Angelica emanated  to an astonishingly outstanding performance.

Simply stunning, simply gorgeous….And then something very rare happens: De Beer takes the stage, and instead of the usual boos the applause gets even louder. The spinning spaceship has done it to the audience. “(Sueddeutsche Zeitung”)

These three self-contained operas whose stories have nothing to do with each other  act as strange neighbors; First,  ‘Il Tabarro’ (The Cloak), a melodramatic slice of life and marital sleaze, a chill drama on the Seine; then follows the delicate tragedy of Suor Angelica, a religious tale set in a convent, (location:near Siena), featuring an entirely female cast; and the third act comes a devilish comedy of Gianni Schicchi (location; Florence) in which a family of hypocrites are duped out  of their inheritance by a perfect villain.

Giacomo Puccini has summarized under the art historical term “triptych” – Il tabarro, Suor Angelica and Gianni Schicchi –  three one-act operas,  scenes of reality. Puccini ventures to narrate the world as a whole in a grand opera as in a great novel.  Puccini sets three historical highlights, bundled by a music that understands the human impulses of relentless coldness to glowing passion.

Ms. de Beer doesn’t think operas should abandon the audiences they already have in favor of new audiences, but “I think they should get a second brand, like a younger version run by young artists who get a chance to try and communicate with their contemporaries.” (NY Times, 2014, Breaking the Rules of Opera for a New Generation) 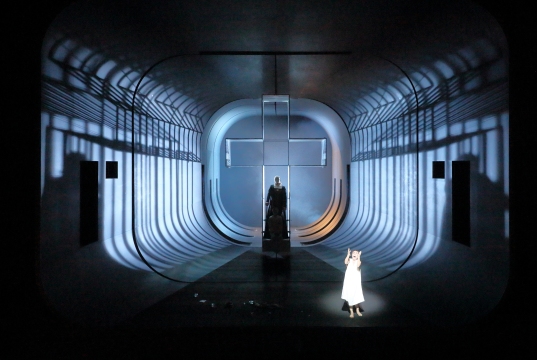 Around 1904, Puccini first began planning a set of one-act operas, largely because of the success of  Cavalleria Rusticana.  Originally, he planned to write each opera to reflect one of the parts of Dante’s Divine Comedy However, he eventually based only Gianni Schicchi on Dante’s epic poem; the link in the final work is that each opera deals with the concealment of a death. 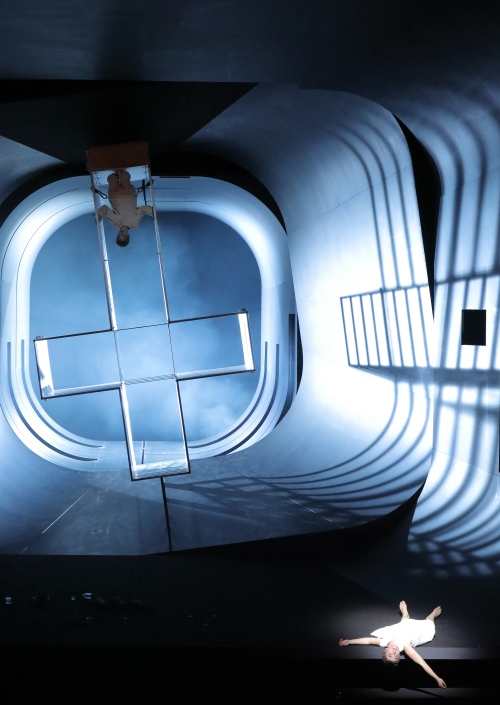 “Il Trittico is not only a showcase of some of Puccini’s best writing, but it can also be a showcase for a director who is unable to resist the temptation to try to link them at least thematically, since there is little common convergence of tone, period or character between the three short works. Lotte de Beer connects the three pieces in only the most abstract of ways for the new production in Munich. Each of the one-act operas remains in the period of its original setting, and plays out closely to the libretto, but each take place within the wide opening of what looks like a large tunnel. The concept behind this is something to do with time, connecting the past with the future, but it’s not something that makes a great impression or present the works in any new or revelatory way.” (Opera Journal, Puccini, Il Trittico, Munich 2017) 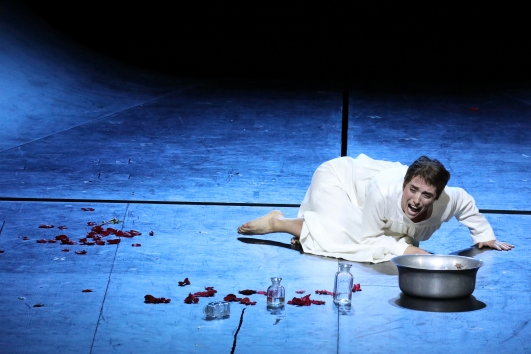 After the extensive music dramas of Richard Wagner and Giuseppe Verdi, the music world occupied itself with the question of what can follow those form-perfect opera dramas with leitmotif technique and a duration of many hours of performance; an increase no longer seemed possible. In Italy, therefore, people around the year 1880 recollected the short form of one-act play, which was not completely unknown. As early as the 16th century, it was customary to insert smaller and stand-alone “mini-comedies” as intermedia between the acts of tragedies, in order to make the evening evenings more varied. Over time, the comic intermezzi between soprano and bass buffo developed out of these, while in France they created variety through ballet inserts between the tragedy files. (Amelie Langermantel, Il Trittico-Die Kunst Des Einakters, 12.20.2017) 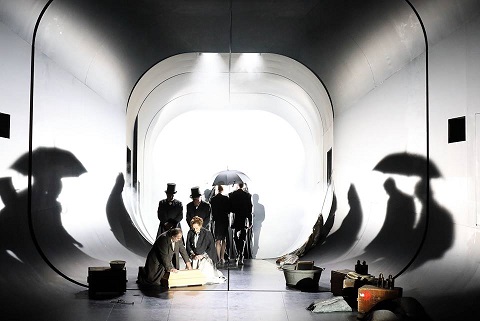 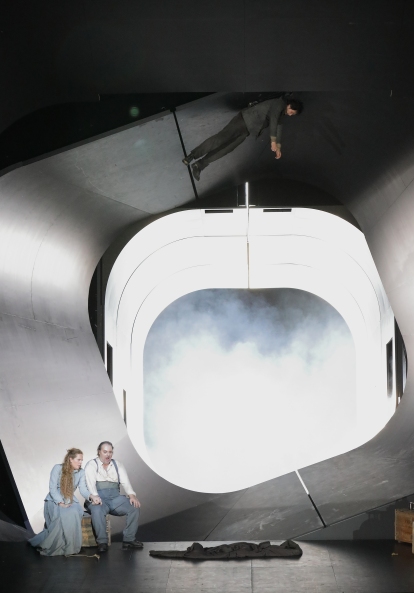 The idea of the one-acter Puccini did not seem to have let go since then. At the turn of the century, he focused more intensively on the idea of three co-ordinated short operas dedicated to various episodes of the Divine Comedy Dante, each depicting the areas of Inferno, Purgatorio and Paradiso (Hell, Purification Mountain and Paradise). Both the unsatisfactory libretto search for three matching stories, and in crucial instance Puccini’s publisher Giulio Ricordi spoke against the implementation of this fabric idea. However, Puccini thus laid the foundation for his Trittico, which should unite as well as the Divine Comedy in three initially independent parts under a theme. Over the years, the composer tried repeatedly  to implement the idea of the three separate acts and thought, for example, in 1907 to set to music by Maxim Gorki. Again publisher Ricordi expressed his concerns that those topics would not be suitable for an opera and would never sell to the public. 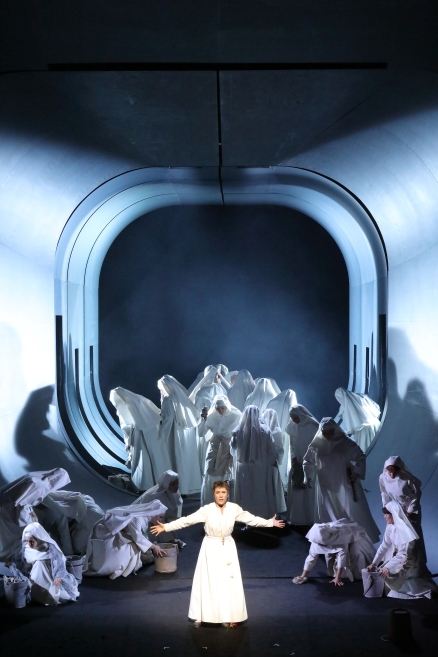 Many thanks to Christoph Koch (Head of Press & Editorial Content /STAATSOPER) for his invitation and  support  and patience to finalize this post.