Carey Young presents a  challenging,  quitely stunning 18 minute video, and  poetic exhibition at Paula Cooper’s space on 21st street.  The piece, a new video  ‘Palais de Justice’ develops Young’s interest in law, gender and performance, and considers the complex relations between lenses, surveillance and ideas of framing or being framed.

Carey Young (London-based British -American visual artist,b.1970, Lusaka, Zambia) takes her inspiration in part  from “Before the Law” by Franz Kafka (1915) parable Focusing on “gateways” to the law, both architectural and human, Young’s work here—a quietly stunning 18-minute video shot in the Brussels court building in which the protagonist is continuously denied access to ‘the law,’ the series depicts these doorways as metaphors for the legal system itself.

Before the law sits a gatekeeper. To this gatekeeper comes a man from the country who asks to gain entry into the law. But the gatekeeper says that he cannot grant him entry at the moment.  The man thinks about it and then asks if he will be allowed to come in later on.  “It is possible,” says the gatekeeper, “but not now.” At the moment the gater to the law stands open, as always, and the gatekeeper walks to the side, so the man bends over in order to see through the gater into the inside. When the gatekeeper notices that, he laughs and says: “If it tempts you so much, try it in spite of my prohibition. But take note: I am  powerful.  And I am only the most lowly gatekeeper. But from room to room stand gatekeepers, each  more powerful than the other. I can’t endure even one glimpse of the third.” (exerpt “Before the Law” (1915) by Franz Kafka, transl.by Ian Johnston) “…..Examined through the lens of contemporary politics, both within the United States and abroad, the film acts as a critical counterpoint to regressive trends towards autocratic government and limited civil rights, particularly those belonging to women….”

The exhibition includes a series of photographs, images  of courthouse doorways….Carey Young in continuous analysis based on Before the Law, after Franz Kafka’s 1915 parable, which the protagonist is continuously denied access to ‘the law,’ depicts these doorways as metaphors for the legal system itself.

As Carey Young  told Elephant in an interview earlier this year, the law “beckoned as an institution that had been little explored by artists, and one which had such a relevant philosophical literature in terms of art—Derrida, Agamben, Deleuze, Foucault, Butler etc. … In so many ways, mainly to do with its lack of visuality and lack of understanding of creativity, law is an “other” to art, and yet when one takes an artistic subject—ideas of site, space or landscape, for example—law offers me a way to reframe it in a playful and unfamiliar way, in which I can also conflate it with ideas of control, rhetoric, power and neoliberalism.”(Jeffrey Kastner, on Vice, sept 28th, 2017)

“…. Courtrooms are glimpsed in various ways – a red glow emanating from one entices us with its surprising warmth and seductiveness; a red velvet curtain in another calls to mind law’s reliance on aspects of theatre; in a third, a courtroom visible through a frosted glass window glows like an abstract painting, as if law’s abstractions may connect with artistic thinking in ways which have not yet been fully considered…..” 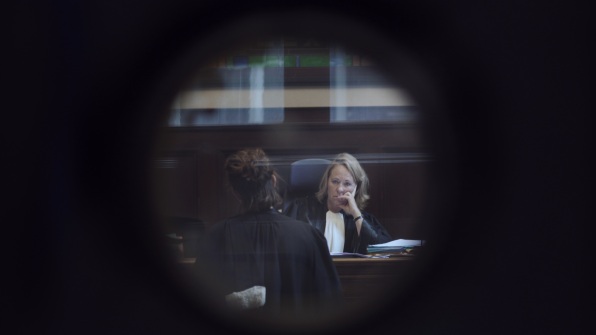 Few days after the opening of the exhibition, September 8th, Anthony Allen,  director of Paula Cooper gallery organized a challenging and intellectual  panel discussion with Carey Young, Colby Chamberlain and Joan Kee , where many questions were raised on law, patriarchal society and barriers…

Carey Young (b. 1970) is a British-American artist based in London, England. Her work has been exhibited in prominent national and international exhibitions and has been the subject of numerous one-person exhibitions including at the Dallas Museum of Art, curated by Gavin Delahunty (2017); the Migros Museum of Contemporary Art, curated by Raphael Gygax (2013); Eastside Projects, Birmingham, England (2010), which traveled to Cornerhouse, Manchester and MiMA, Middlesborough; Le Quartier, Quimper, France (2013); The Power Plant, Toronto (2009); and the Contemporary Art Museum St. Louis (2009). Young’s work has also been presented at the Taipei Biennial (2010), Tate Britain (2009), Moscow Biennale (2007), Modern Art Oxford (2007), Performa 05 and the Venice Biennale (2003).

Colby Chamberlain is Lecturer in Discipline in Modern Art and Theory at Columbia University and is a founding editor of Triple Canopy. His scholarship and criticism focuses on intersections of art and other fields of professional practice, in particular the law.

Joan Kee is Associate Professor in the History of Art at the University of Michigan. A contributing editor for Artforum, she received a J.D. from Harvard Law School and has recently completed a book on the relationship between contemporary art and law in post-sixties America. In 2016, she guest edited a section of the Brooklyn Rail on art and the law whose contributors included Carey Young.

The Athens-based visual artist and researcher Georgia Kotretsos  has initiated a very promising and quite challenging  project for the city of Munich,  a visionary 10-year project proposal and exhibition “Open Artists Studio Foundation-OASF” which under construction aims to assemble at MaximiliansForum, the Munich art community, the Department of Arts and Culture of the city, and representatives of the Maximilianstrasse flagship brand stores to present and propose an organically-born creative evolution of the space – into a public art studio. The project was presented in the public on September 8, 2015.

The OPEN ARTISTS STUDIO FOUNDATION (OASF) is an innovative artist studio model. where upon the physical rehabilitation of MaximiliansForum will offer diverse and interdisciplinary fabrication spaces and technical support at its premises, and access to a network of specialized professionals and services vis its online platform to contemporary artists. 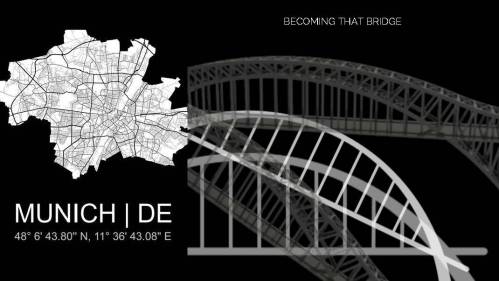 OASF hopes to serve both as a creative crossroad and a hub in the heart of Munich, right to Maximilianstrasse as well as globally through its engaging manifold network. 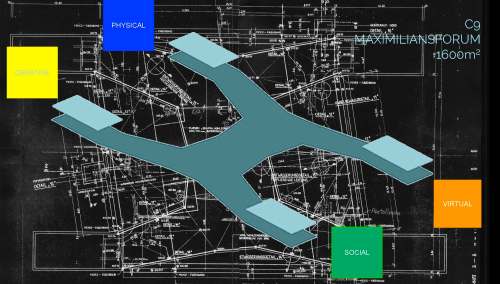 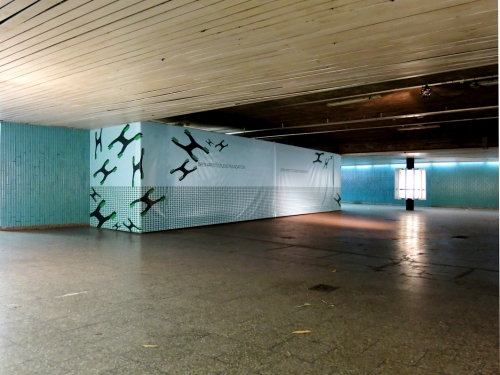 Meeting over the presentation, Sept 8th ,Georgia Koretsos, being  amazed how enthusiastic she is about this project and the amount of work, hours, travelling and more she has dedicated to this challenge.  Over coffee next day, in some of my questions, here are some of  her answers.

GK: OASF is a studio run by artists for artists. It is not an exhibition space or an art-residency but a studio space where priority is given to artists who do not run a full-time studio, to women artists, to parent artists, to European artists and to artist in urgent creative support from around the work – in return of an artwork and five peer-recommendations. Upon the culmination of the project on its 10th year, 50% of the collection would be passed on to the Dept. of Arts & Culture for hosting at MaximiliansForum the OPEN ARTISTS STUDIO FOUNDATION.

OASF is structured in a way, which will build a community and network of artists. The peer-recommendation aspect of the project will act as the adhesive agent of that building process. Will there be a committee, online sign up timeslots, or an application process… there are all possibilities that are discussed. The online sign-up timeslot for usage of the space seems to be on top of the list right now. 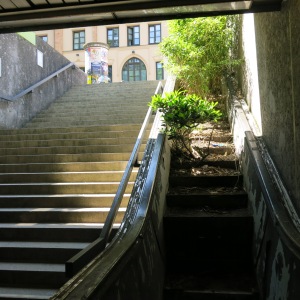 GK:It only took a day of walking up and down on Maximilianstrasse early in May and in and out the space to identify the areas of interest. Physically being there changed everything. I was not only interested in the space itself but its immediate surroundings too. I needed to familiarize myself with the routes people take to get to the space. The following day a certain degree of criticality towards the current state and use of the site kicked in and it sent me straight to the C9 couch for the next two days, I was literally on my back, flat, eyes-closed thinking about the creative conundrum at hand… dreaming, imagining of what this place could become that it’s not already. That is what got to me, seeing an opportunity being missed, a present being settled for less that it was worth. It is easy to distinct when one comes from less privileged societies, I understand limitations very well, all sorts but what I find hard to accept is the settling notion when confronted with such decisions in advanced societies. What’s the reason behind an institutions being barricaded into and shield from the creative change that’s in process already, when all tools needed to take steps forward are available.

GK: Early in 2015, C9 introduced me to the concept of “MaximiliansForum in Transformation”. Later in the spring, an invitation came form C9 supported by the Dept. of the Arts & Culture, City of Munich to visit the space in order to begin my research and then deliver a visionary proposal and exhibition by early September 2015. The truth is that I instantaneously welcomed the challenge for three reasons, firstly because of C9; secondly because of the privilege, challenge and opportunity to dream on a 1600 sq. meter; scale and last the possibility of generating creative capital and traffic into the heart of the commercial district of Munich.

Georgia Kotretsos is a visual artist and researcher based in Athens, Greece. She moved to South Africa in her early teens while the abolition of apartheid was underway. Kotretsos holds a BFA from the Durban Institute of Technology, in KwaZulu Natal, (2000) and an MFA Degree from the School of the Art Insitute of Chicago on a Full Merit Scholarshiop (2004).

With her work, she critiques the conformity of seeing by studying, proposing and practicing liberating and anarchic approaches of looking at art in an effort to support that seeing is site-specific and spectatorial emancipation the source of our art knowledge. Through her research-bases practice, she encourages speculative approaches on how knowledge is and/or could be produced.

Ms Kotretsos has invited Bernd Fasel, to work together  on  this promising project.  Bernd Fasel, is an independent promoter, researcher and senior advisor in the Cultural Creative Industries in Europe. In 2011 Bernd Fesel was elected chairman of the European Creative Business Network (ECBN) foundation in Rotterdam. 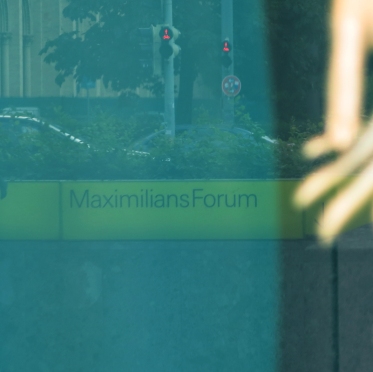 The internationally renowned Belgian video artist David Clearbout has created and developed an environment specifically for this  exhibition, presenting  the audiovisual installation “Radio Piece (Hong Kong)” and the video installation “Highway Wreck,” examining  the concepts of time and space.

The audiovisual installation “Radio Piece (Hong Kong)” from 2015 – a collaboration with RAY Fotografieprojekte Frankfurt/RheinMain – begins with the image of a Zen garden, which in the next progression turns out to be a picture in a small chaotic room. The camera gradually tracks away from this room until only the facades of Hong Kong’s notorious Kowloon Walled City are visible; a district on the Kowloon peninsula, which in 1987 had the world’s largest population density. For a long time, its legal status was unclear until it was eventually torn down in 1993/1994. (gallery press)

The video projection “Highway Wreck” from 2013 is based on a more than seventy-year-old black and white photograph showing some children and a soldier who are intrigued by the wreckage of a recent car crash. By adding images of laborers and onlookers, Claerbout condensed the photograph to a moment from which its original urgency has become detached and the spectacle thus has been disarmed. (gallery press)

David Claerbout (born 1969, Kortrijk, Belgium) is a Belgian artist working in the media of photography, video, sound, drawing and digital arts, though perhaps he is best known for his large scale video installations. His work exists at the meeting point between photography and film, and is at the forefront of this contemporary dialogue. 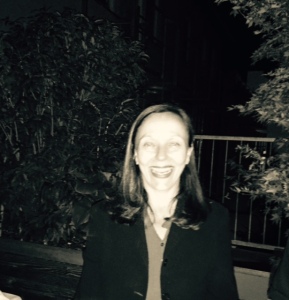