Upon arrival  in Venice on May 5th, a magical evening;to attend the exhibition Cy Twombly “Paradise” at “Ca’ Pesaro”; invited by elegant   Nicola del Roschio and Gagosian 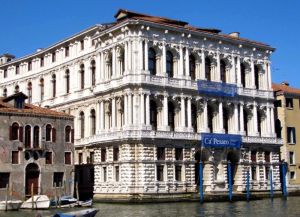 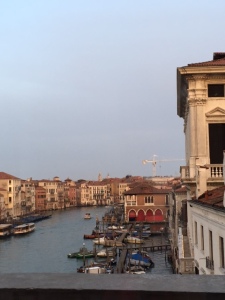 In the exhibition, the early wall painting on wood dated 1951 leads, via an itinerary full of visions and references, to a selection of Twombly’s last works, produced 2011, when the artist was at the physical limit of his old age: eight paintings of gestural baroque circles in yellow, red and orange on a bright green background (half margarita, half key lime); eccentric circular strokes – among the key motifs of the artist – narrow in some places and broader, freer in others, to generate “a sensation of radiant energy and controlled frenzy”. (Galleria’s press) 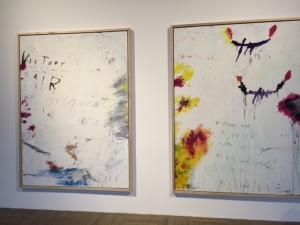 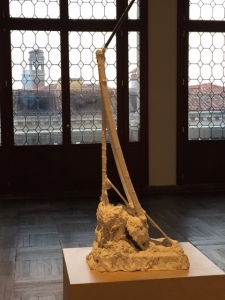 The Scuola di San Rocco, protector against plague, which had struck Venice in that century) was established in 1478 by a group of wealthy Venetian citizens, next to the church of San Rocco, from which it takes its name.

In 1564 the painter Tintoretto was commissioned to provide paintings for the Scuola, and his most renowned works are to be found in the Sala dell’Albergo and the Sala Superiore. All the works in the building are by him, or his assistants, including his son Domenico: they were executed between 1564 and 1587 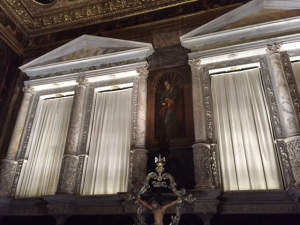 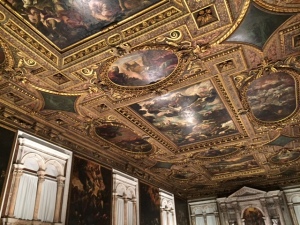 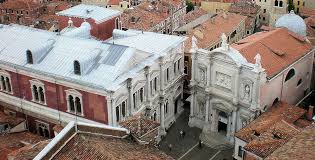