Johann Andreas Wolff (1652-1716)  electoral court painter in Munich and in Freising,  was a leading participant since  about 1680 numerous sacred and profane new and renovated buildings in southern Germany and Austria, such as in the modernization of state rooms of the Munich Residenz by Elector Max Emanuel.  The Staatliche Graphische Sammlung München secures more than half of his surviving drawings that are shown on the occasion of the 300th anniversary of his  death at the Pinakothek der Moderne.

Other patrons were Prince Bishop Johann Eckher of Freising and the abbots of major Austrian pins (St. Florian, Kremsmünster, Göttweig)….In the baroque interior beings throughout the north of the Alps Wolff exercised decisive influence. Its high extraordinary altarpieces dominate today in many South German and Austrian churches and monasteries.

Johann Andreas Wolff  HL. SIPPE “The Holy Kinship”, design for the central panel of the altarpiece in the Church of St. Martin and Castles in Landshut, around 1684, pen and red-brown ink, red-brown wash, 304 x 235 mm,  © Staatliche Graphische Sammlung München

Since the last monograph on Wolff was drawn up in 1988 (Kuno Schlichtenmaier), the image of work and importance of the painter is to revise. In addition to new discoveries and partially modified ups and a re-reading of the numerous surviving sources new questions are asked to Wolff’s biography and oeuvre: What is his position in the “Organization” of the Munich court to understand?  …How did the artist whose ceiling paintings, sculptures and ephemeral Triumphalbauten was designed alongside monumental altarpieces, contributed to the representation of court and church? ,,, Is the role of Munich as an art center in 1700 to re-evaluate? (Johann Andreas Wolff (1652 – 1716) – a court painter and art director Edited by Sibylle Appuhn-Radtke, Josef H. Biller, Dagmar Dietrich and Maria-Luise Hopp-Gantner) 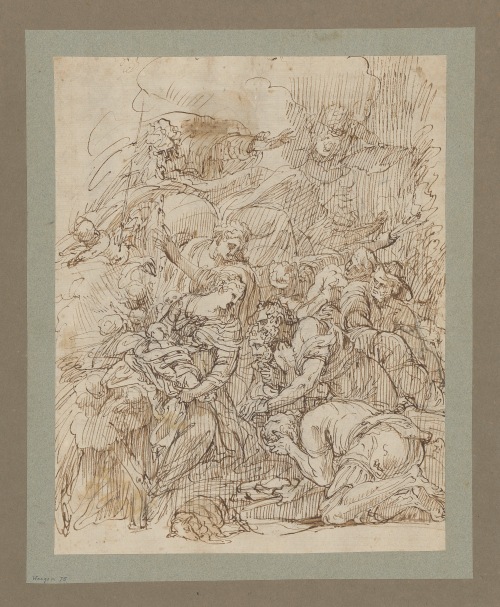 The research results of a working group to appear to Wolff’s 300th anniversary 2016 Apelles Publishing.  The exhibition of the Staatliche Graphische Sammlung München allows  a new look at Wolff as a draftsman. 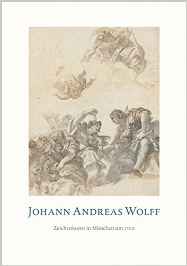 all images provided by the Press Department of Pinakothek der Moderne for this editorial reporting. Thank you!