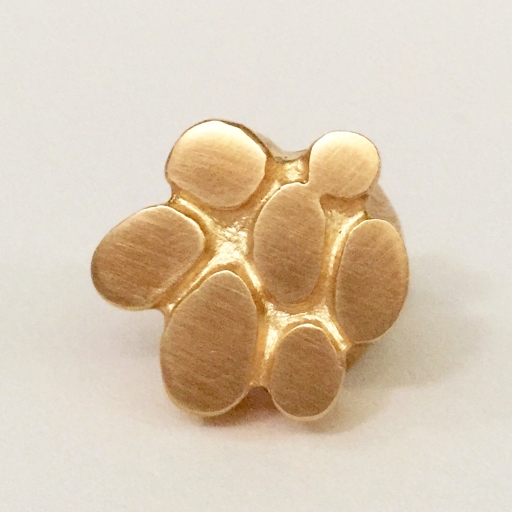 “Space is not merely given, it too  is produced; by analogy, we can evoke the space created by a musical chord, its wave-like expansion producing a tapestry of sound.”

A short ride with the subway from Manhattan to Queens last week,  before the temperatures dropped dramatically in New York City on my way to visit my dear friend’s studio, Karin Waisman to see her new piece,  “Stem 3#”  a jewelry piece.  While reading a great book, Pascal Mercier ‘ s ‘Night Train to Lisboa” I was traveling through time since I met Karin and arrived early a sunny afternoon at Karin’s lovely small studio; our conversation unfolded slowly with green tea revealing the essential nature of her work.

Karin Waisman  studied architecture as an undergraduate in her native Buenos Aires and later earned an MFA in sculpture from Cornell.  She lives in New York with her family and goes uninterrupted to her studio every day. She is an accomplished artist with many exhibitions and site- specific installations to her credit.   Despite being trained as an architect, she prefers to work on her art full time.  A great writer, my dear friend, Olivier Berggruen, notes on  Karin’s work: 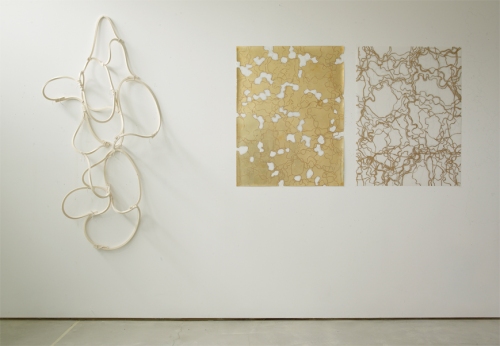 Karin Waisman creates haunting, ethereal works in which ornamentation acts as a founding principle.  Formal elements alternate between refined vegetal motifs and a proliferation of geometric patterns. These unfold effortlessly across a flat surface that is primarily dynamic rather than static. The expansion of geometric forms occurs in a spontaneous, organic fashion that undermines the Pythagorean ideal on which they seem to be based. 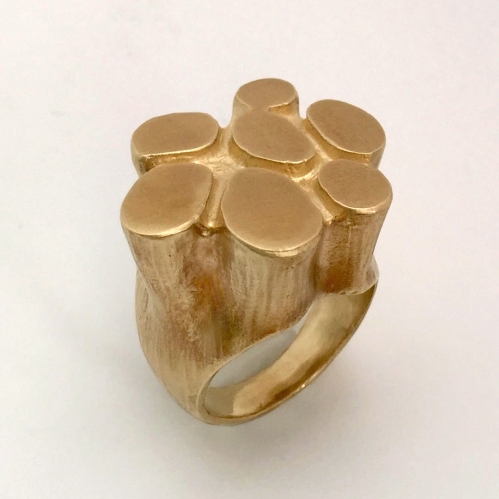 ….the interlacing of lines is the foundation of the structure of the arabesque and its geometric complexity (much cultivated in late Antiquity) reveals repeated patterns, thus allowing the beholder to imagine the design extending beyond its actual limits. It also introduces the idea of infinite connection of correspondence. In one-way or another, everything is deduced and linked together.  The arabesque was not just exclusive to Islamic art. Rococo ornament, for example, introduced a fluid and whimsical style that has applied to a variety of media, from boiseries and mirrors to porcelain and silver. 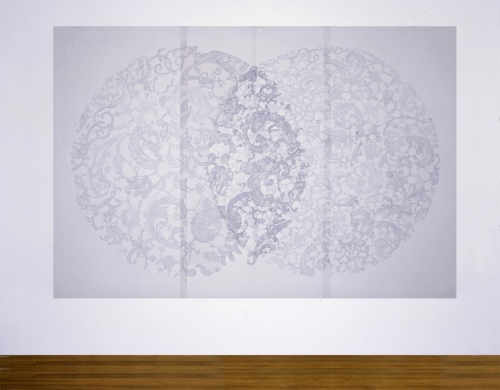 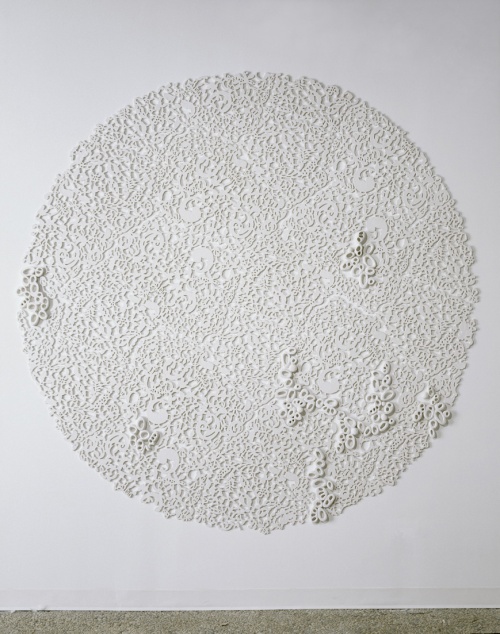 Stem #3 is part of a new series of pieces that are to be worn on the hand. This new tactile element of the work explores how one perceives weight, temperature and different surfaces on our own body. My previous pieces for public places, explored the relationship of our body moving in front of the work or in an enclosed space, perceiving it as a field of vision. In these sculptures the relationship is changed; we hold, move and transport the piece with our own body. (Karin Waisman, 2017)

In her work, ‘Evanescence I‘, Olivier Berggruen continues, ‘… The vegetal-inspired motifs that appear in this inner sanctum evoke growth and movement without falling into representation. In other words, the motif that pervades this work is inspired by vegetal forms but nowhere is there a fully formed, self-contained plant to be seen. The principle of vegetal, organic growth is used as a formal and metaphorical device to structure the work. Plants have the infinite potential for growth. Vegetal forms here are an evocation of life, of that very form that appears in movement.’ 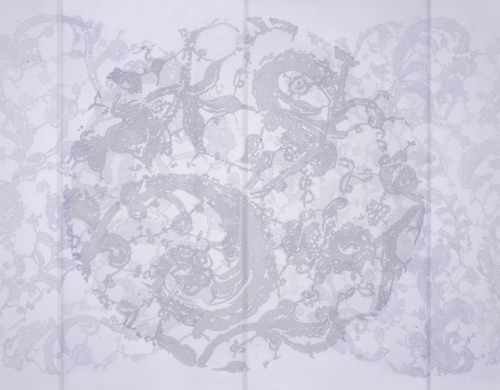 see Karin Waisman   and more about her work  see here

Karin loves to be surrounded by nature; her second studio is two hours away from the city in Eastern Long Island where she escapes to work, a sanctuary, a place to work on her large pieces and preparation sketches on site-specific site-specific work that often incorporates architectural elements.  One of them is at Chihuahua Desert at the foothill of the 18th century silver mining town Real Catorce, the ‘Blue Oasis’, finalized in 2013.

Blue Oasis is a partially buried concrete structure, fifteen feet square and twelve feet high on the inside. We enter by descending a narrow and dark stair, a transitional space that leads to a large tiled cubic room. All the walls, floor, and ceiling are covered with a square encaustic tile that is patterned with concentric circles in blues and greens. A stainless steel tube penetrates some of these circles to the outside, allowing for natural light and ventilation as well as serving as a small oculus that allows the viewer to see the desert landscape beyond. Working within this extreme site, Blue Oasis exists for the viewer to establish a temporary dialog with Nature through the lens of the vibrant blue light that pulsates within. It transforms the landscape from within. On the outside it blends with the desert landscape, half- buried in the land. (Karin Waisman, April 2013) 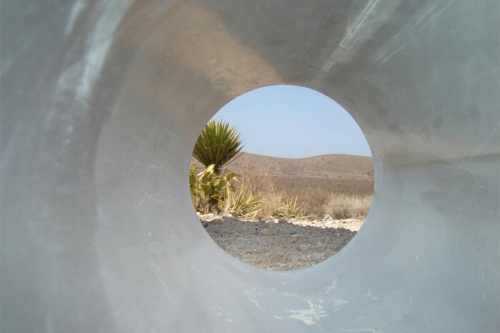 This optic effect reinforces the idea of movement and transformation. The sound of our own bodies reflects on the tiled walls, floor and ceiling creating a continuous echo. Outside is the desert, harsh and sublime, tamed by this new oasis, a shelter, a second skin. The possibility of perceiving the walls as a limit that separates the inside space from the outside world and as an element that grants that space its symbolic quality is only possible because I, myself, inhabit my body within the limits of my own skin. (Karin Waisman, April 2013)