My wonderful 3 day visit to Vienna with my children by invitation of my wonderful friends Lina and Nikolas included on  Saturday morning to enjoy the amazing show of Velázquez (1599 – 1660) at the Kunst Historishes Museum. 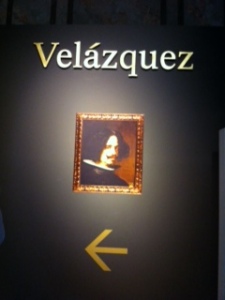 This major exhibition in collaboration with, among others, the Museo Nacional del Prado Madrid, who holds the largest collection of works by Velázquez and has been the main lender, the National Gallery in London and the Boston Museum of Fine Arts. 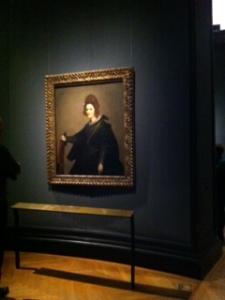 The Kunsthistorisches Museum hosts the first show in a German speaking country of the work of the Spanish artist Diego Velázquez (1599 – 1660). In addition to Velázquez’ charming portraits of the royal children – one of the highlights of the Picture Gallery of the Kunsthistorisches Museum – the show comprises other genres such as kitchen still lifes, religious subjects, mythologies and history paintings, offering a comprehensive survey of the master’s versatility and virtuosity. Among the seminal loans to this exhibition are the “Rokeby Venus”, “Apollo in the Forge of Vulcan” and the “Adoration of the Magi”, all of which have never been shown in Vienna. (museum press release)

my favorite painting and I took time to listen to my wonderful friend Nikolas that we visited together was ‘The Waterseller‘, as many regard Velazquez’s best work from his early years in Seville.  “… throughout Europe, watersellers were essential in Seville. Nonetheless, they were ranked newar the bottom of the social pyramid. But Velazquez reverses this completely and inbues the old man with dignity, although the higher social status of the boy clutching the full glass is clearly indicated by his fine clothes and light skin….” 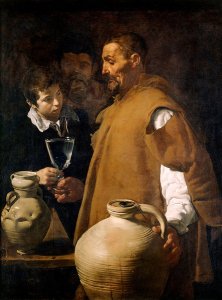 My beautiful stay was highlighted as I stayed at my friends’ house  on the 19th,  in the beautiful historical villa of Heinrich Schnitzler, son of the great writer Arthur Schnitzler.

and a visit at cafe  Demel

Dear  Lina and Nikolas thank you  for the great hospitality to me and my children over the weekend in Vienna.