Last week, during a cold icy afternoon walk,  I came to Versicherungskammer Kulturstiftung for this extraordinary  exhibition  ‘Genesis’.

Archaic volcanic landscapes, arctic ice masses, meandering river canyons, moun­tain chains enveloped in mist, primordial rainforests and endless sand dunes – Genesis is a visual homage to the blue planet. In opulent black-and-white photo­graphs, the photographer Sebastião Salgado documents the stunning beauty and rich diversity of intact flora and fauna, as well as indigene peoples. His aesthetically impressive, large format photographic series is the result of an expedition lasting several years, with the goal of heightening people’s awareness for the preciousness of the last untouched corners of the earth….(Versicherungskammer Kulturstiftung press ) 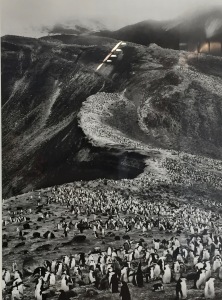 “Genesis has been divided into five chapters: Planet South shows the Galapagos Islands with sea lions, cormorants and penguins, as well as wales in the Antarctic and the South Atlantic. In Sanctuaries, Sebastião Salgado travelled through isolated zones with a rich diversity of species, such as Madagascar, Sumatra and West-Papua, portraiting the inhabitants of the Mentawai Islands, as well as the Korowai tribe. In Africa he moved between big game, undu­lating dunes, lava and the Okavango River, as well as amidst the Dinka nomads in Sudan. Northern Spaces shows Sebastião Salgado’s fascination with herds of reindeer at the Arctic Circle, the Kamchatka Peninsula and also the lacerated mountain masses of Alaska and the people encrusted in ice, with their sledges, dogs and tents. Amazônia presents alligators and jaguars, the courses of the Amazon, Negro and Juruá Rivers, as well as the Zo’é People in the jungle of Brazil.” (Versicherungskammer Kulturstiftung press ) 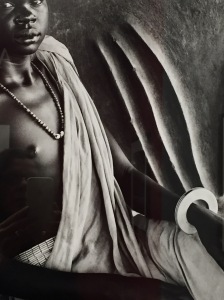 Wanick Salgado is Sebastião’s wife and creative partner. She is also the curator of the current series of Salgado’s work, “Genesis,” which is described by the Salgados as their “attempt to portray the beauty and the majesty of regions that are still in a pristine condition, areas where landscapes and wildlife are still unspoiled, places where human communities continue to live according to their ancient culture and traditions.” (Latin Correspondent, published Sept. 23, 2014)

“Genesis,” which has been making its way around the museums of the world since 2013. It opened at The Natural History Museum of London in 2013 and has traveled to Canada, Italy, Brazil, Switzerland, France, Spain, Sweden and Singapore.  A catalog has been published by Taschen Verlag.

A question to Ms Lélia Wanick Salgado “How has photography influenced your own life? She answers…”I don’t know, really, but the fact that photography is our life, is our profession, it has certainly made us see certain realities of the world: violence, hunger, migration, the flight of rural people to cities… so many things” at Latin Correspondent interview with Wanick Salgado

When the weather is particularly hostile, the Nenets and their reindeer may spend several days in the same place. North of the Ob river, inside the Arctic Circle, Yamal Peninsula, Siberia, 2011. Photograph: © Sebastião Salgado/Amazonas